In part one of the new heads project I talked about always having failure modes in mind. Marine toilets fail, all of them do but some fail less often because they are constructed in a simpler way. Ideally everything on a boat has more than one purpose, something I learned when building camper vans and living in small spaces like our mountain retreat in New Zealand. With failure modes and multi-purpose in mind I went on a quest to find the best marine toilet and found the Lavac. In the midst of all the discussions about failing heads this model came up a few times and every time with the comment that it just works.

Looking at the Lavac I realised that it is essentially a manual bilge pump. Even better, the same model bilge pump (a whale) that we use in the cockpit as our main manual pump already. this means two things. I have spare parts I can exchange and reduce the number of different systems on the boat. I am a big fan of standardising things so the reasons for a Lavac grew. with the aft head replaced the pain was not too big but as the forward pump started to play up I decided the day had come to rip that one out as well.

Turns out that part of the evacuation hose had not been replaced in a very long time, no wonder the toilet was playing up. 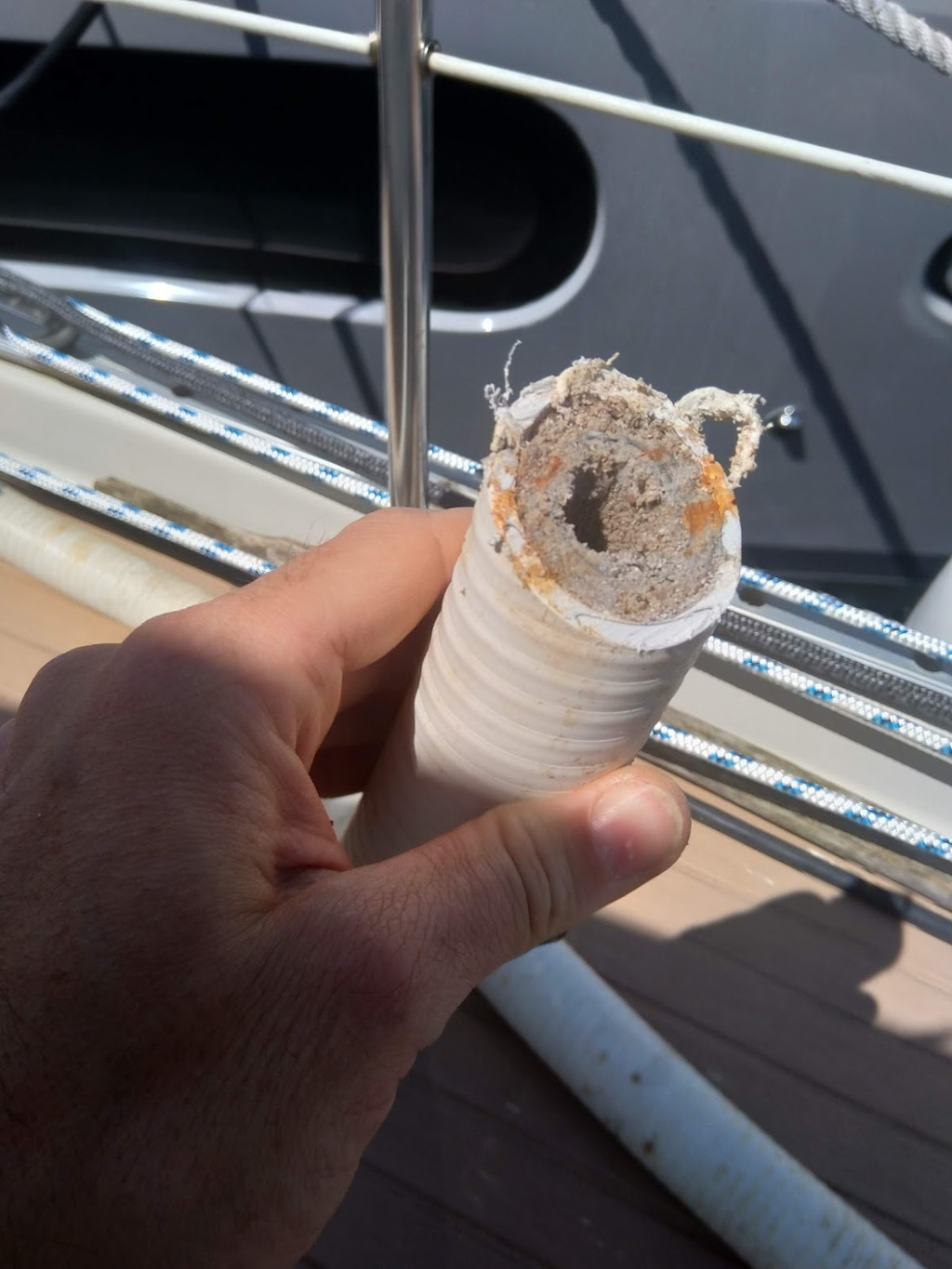 Ripping out all the old piping and replacing it with new hoses was definitely a worthwhile side effect of replacing the toilet. The Lavac fits in pretty well but needs the incoming water hose to be routed in a new way. It needs to go up to the level of the evac hose and then down again and needs a air bleed hole in that elbow. As I replaced the hoses anyway I simply took a longer one and routed it next to the evac hose through the lockers. 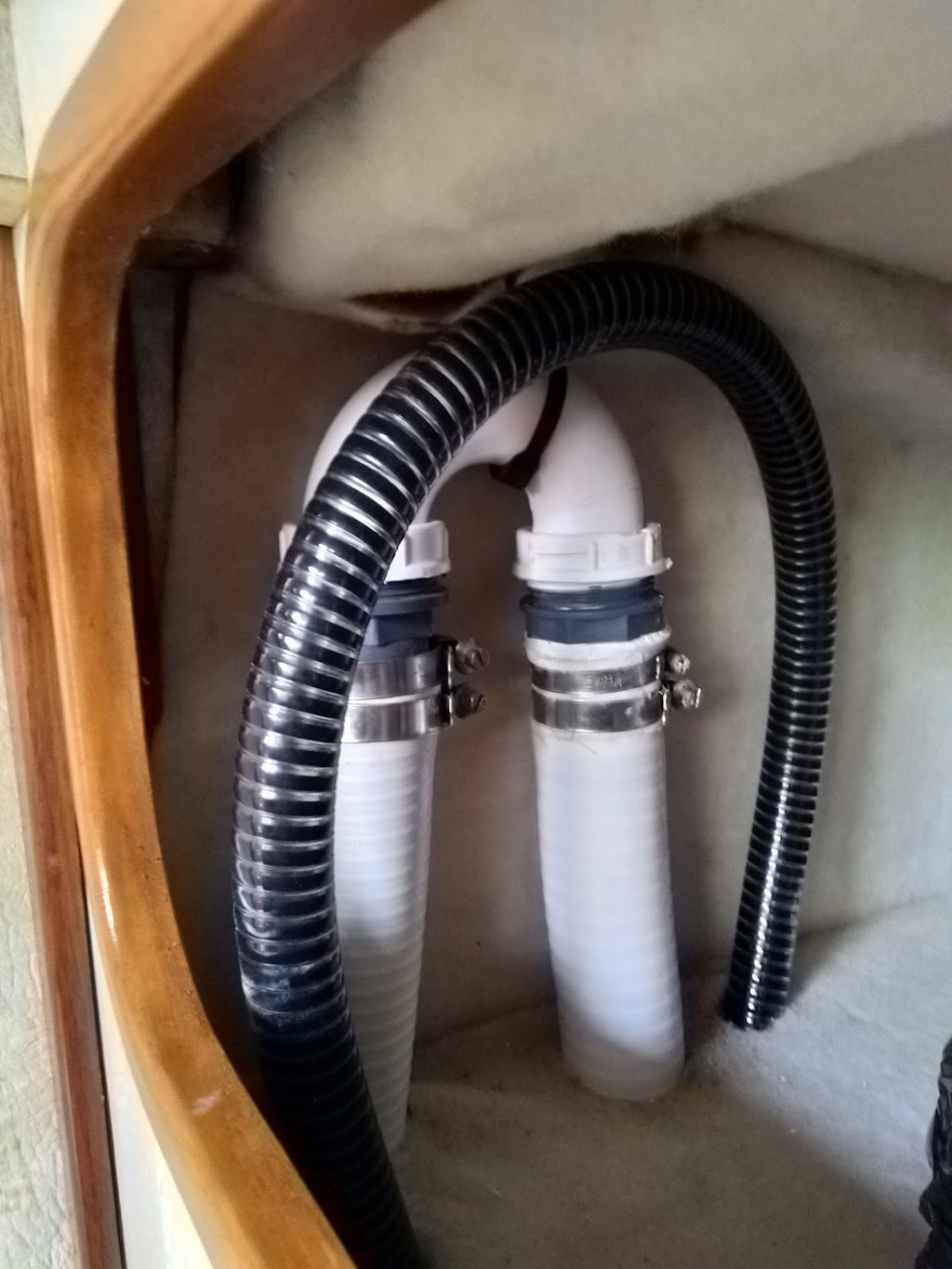 Now the toilet sits nicely in the spot where the old one was and works like a charm. Additional feature is that where the Lavac draws the water from is also the lowest point in the forward section before the forward bulkhead. This means we now have an easy way to manually pump out that part of the boat should we ever hit anything. The bilge pump is ready to go by simply disconnecting the intake hose from the sea cock. 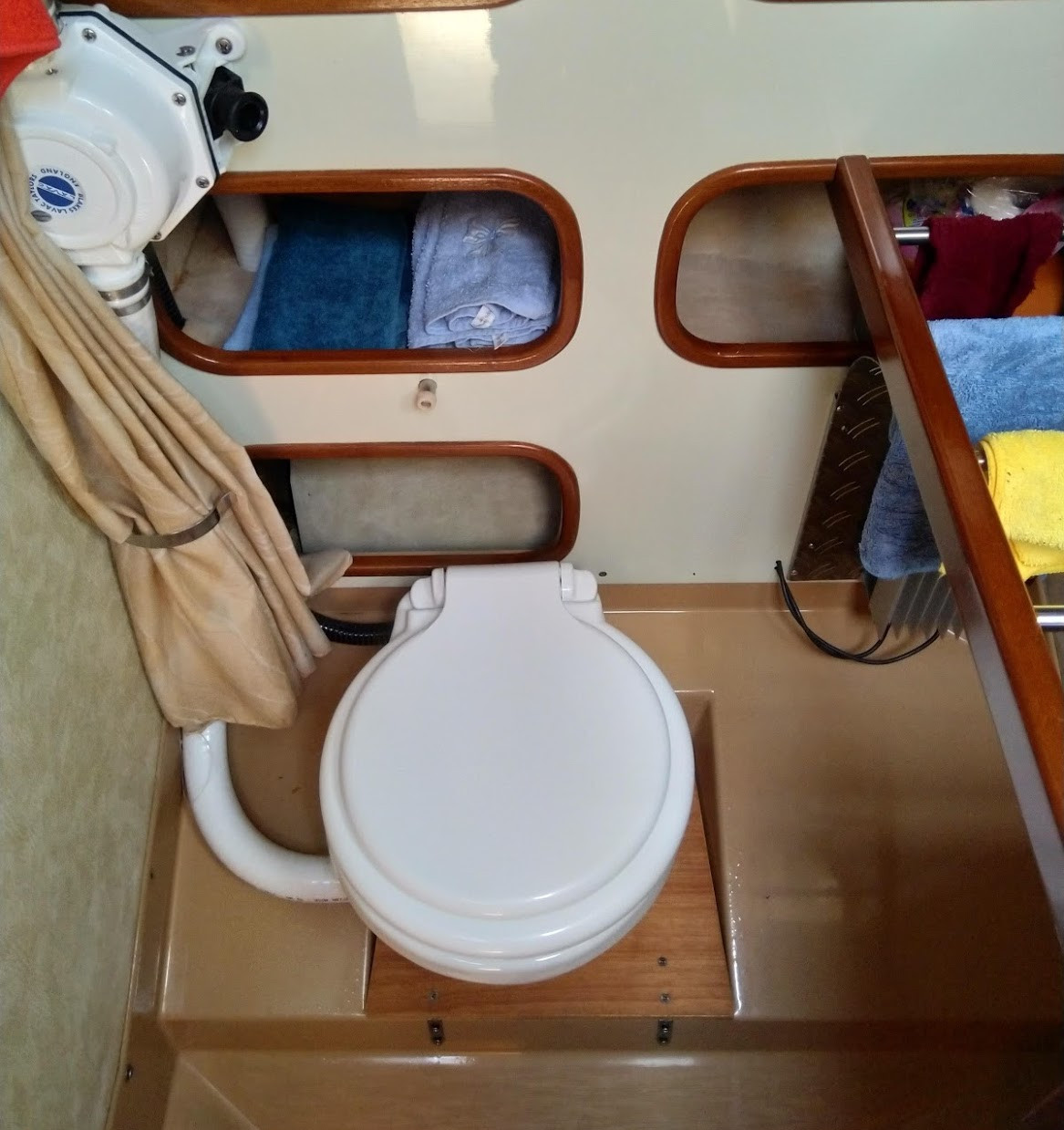