After much talking, thinking and reading I have now drafted up a first version of how I think the electric engine could fit into the overall systems on board. The general idea is a easy to reason about setup with the least amount of parts but enough security built in so that the battery bank can't run out of its operating specs. Another important thing was that the system must be able to look after itself, manual intervention has to be an absoloute last resort. I plan to work with a 48V bank as it is saver to work with and I can find gear in the marine and telco sectors so parts are readily available. This is an overview of how I see the system working at the moment, hopefully that evolves over the coming days to a proper plan on how we actually go about. Still quite a few parts that need more research but I think it is a good starting point.

The next step was to look closer at how I would go about designing the lithium battery bank. I have read the Orion BMS documentation which is fantastic and think it is a good starting point. This is probably the area where feedback from people who build packs that size before would be the most valuable. The current state of thinking is the following: 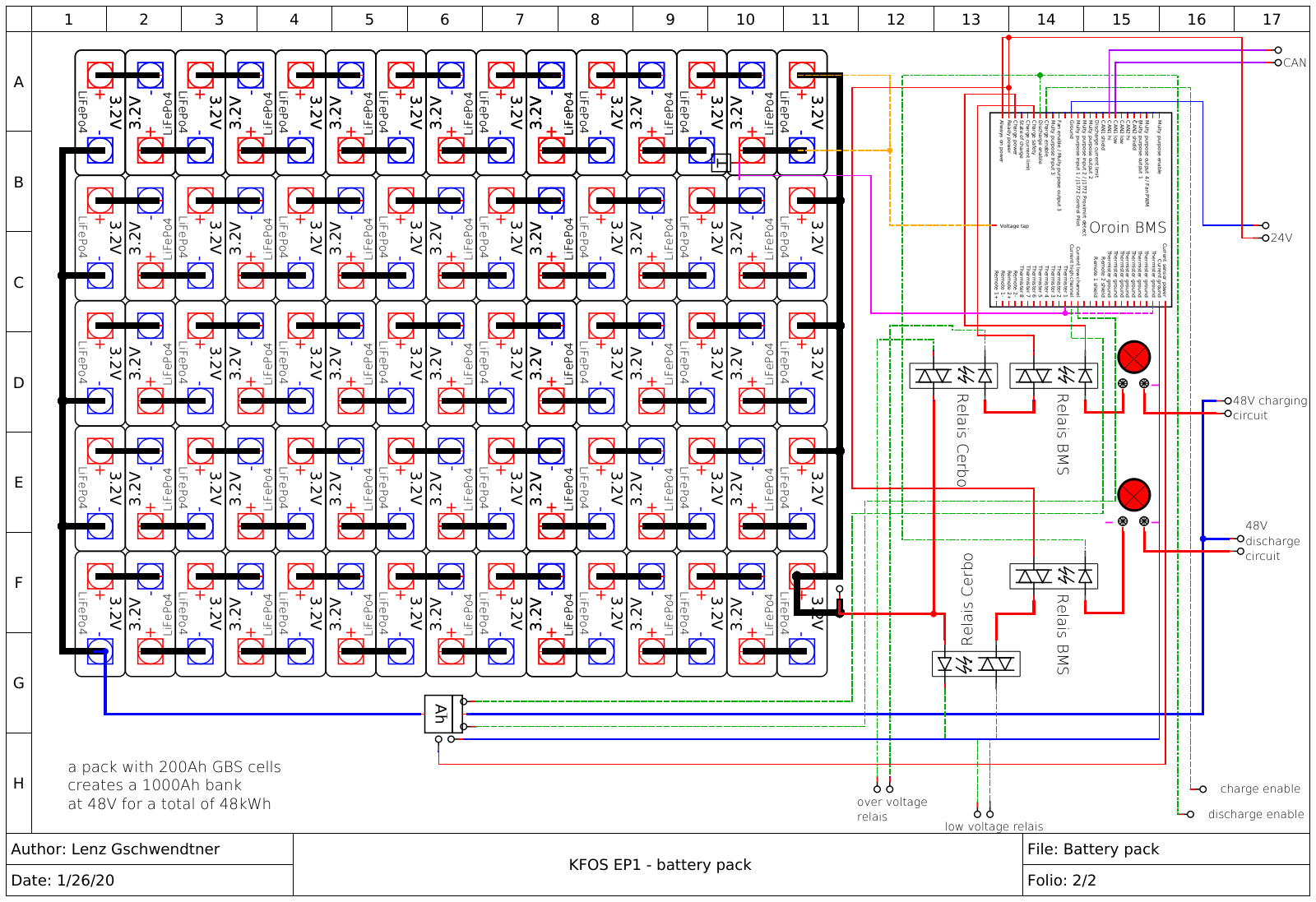 I will start posting a few discussions in forums to see what additional insights I can get on the design and hope for feedback on the plan so far. Hopefully I can tidy everything up by the end of the week and have a proper plan in place for the start of next month to get the ball rolling properly.